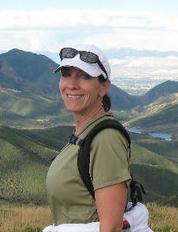 Julie Newland graduated from the Executive MPA program in 2008. Since graduation, she has worked as a Contract Specialist for the Department of the Interior, National Park Service. She was duty stationed at Bryce Canyon National Park and is now based in Moab, Utah. Julie works with a team of warranted contracting officers serving Colorado and Utah national parks, monuments, and historic sites. After almost 6 years on the job including continuous training and testing, she received her Federal Acquisition Certification in Contracting Level III. Her MPA education plays an important part in her work duties to procure professional services, supplies, construction, and future supervisory roles. If interested in joining the acquisition workforce, a great source of information is fai.gov or search jobcode 1102 at usajobs.gov for opportunities. Additionally, if you have more questions or would be interested in other postings, feel free to contact Julie. Although she may be a great source, she will likely put you in touch with appropriate people depending on your interests. 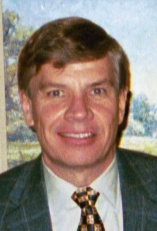 A native of Salt Lake City, Utah and a current resident of Arlington, Virginia, Rick Carter graduated with a Bachelor's Degree from the University of Utah’s College of Social and Behavioral Science in Geography/Urban Planning and a Master's Degree in City and Regional Planning from The Ohio State University. He also affiliated with and was president of the Delta Sigma chapter of the Kappa Sigma Fraternity.

Most recently, Rick served as vice president of Federal Government Relations and ran the Washington, DC office for National Grid, an international energy company based in London, UK. The Washington office serves as the company’s primary contact and representative with Congress, the Administration, Federal agencies and various energy and environmental organizations.  It also provides governmental, political and strategic planning expertise to National Grid’s various lines of business including gas and electric transmission and distribution, electric generation, strategic planning and environmental services.  Prior to joining National Grid, Rick served in a similar capacity and was the Director of Federal Government Relations and Chief Lobbyist for PG&E Corporation’s Washington office, one of the largest energy utilities in the United States based in San Francisco.

Before moving east, Rick was the Director of Government and Community Relations for the southern third of Pacific Gas and Electric Company’s northern and central California service territory working with federal, state, county and local elected and agency officials.  Prior to his involvement with governmental affairs, Rick was a project manager and project coordinator for major energy generation and transmission facilities with responsibilities for siting, environmental review, agency negotiation and public involvement and issue resolution.

Rick volunteers his time teaching and mentoring adults, college and high school students in the community.  In his free time, Rick heads to the Rocky Mountains, the Pacific Coast, the Southwest red rock deserts or to the top of the nearest Wasatch Mountain ski run. He has offered to be a contact to mentor students about career options, particularly in environmental policy. 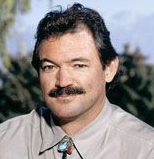 Sumner Swaner has over 26 years of progressively responsible business, government and nonprofit leadership and experience. He established an Architectural/Landscape Architectural/Land Use Planning business in 1987. His expertise is in Green Infrastructure planning, Landscape Architecture, implementation of sustainable land use development, conservation and preservation. Swaner is the founder of Center for Green Space Design, a nonprofit organization dedicated to enabling communities to strategically locate, value, and plan for both open lands preservation and responsible development.